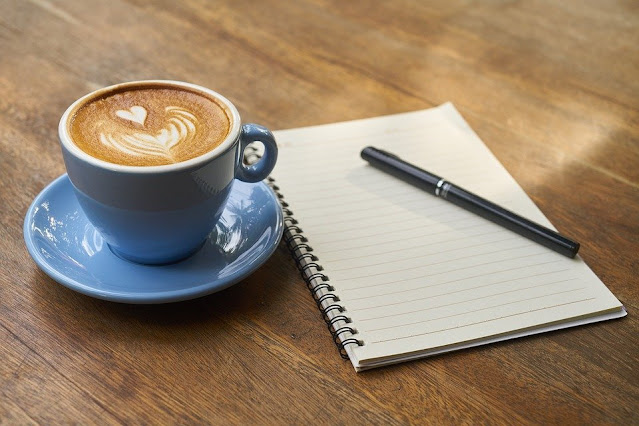 Graciously hosted by Natalie the Explorer, Weekend Coffee Shares a time for us to take a break out of our lives and enjoy some timely catching up with friends (old and new)!

If we were having coffee, I'd get a skinny chai latte as the temps are comfortably lower.  I can't believe it, but I don't think I've been to my usual coffee purveyor for 3 full weeks. I'll go back, but it's good to know that I can kick some habits. Getting off of sweets is a much tougher nut to crack.

If you think that I'm on a new platform, you're right. I've left WordPress because I didn't want to pay yet again for more image space. That got pricey. Google did me wrong, gravely wrong in 2011 when I was hacked, but I plan to back up a lot and keep my eyes open for a better home.  For now I'm here. Welcome. 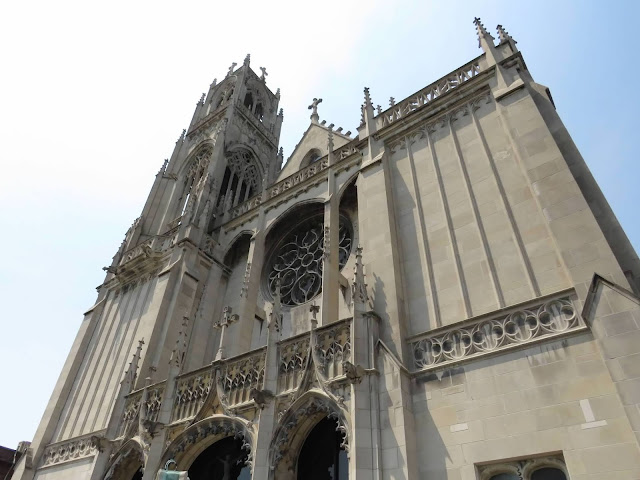 On Sunday morning I explored St. Ita's Catholic Church in Edgewater, a Chicago neighborhood. A friend tipped me off to it as she noticed the church photos I've shared on my blog and FB stream. St. Ita's a lot smaller than the churches I've found on the 11 Churches Not to Miss When Visiting Chicago. (I've seen 9 of the 11. The two remaining are something of a trek.) Churches did reopen in October, 2020 if memory serves and they were one of the few places you can go, albeit with restrictions. So this project has fueled my love for exploration. 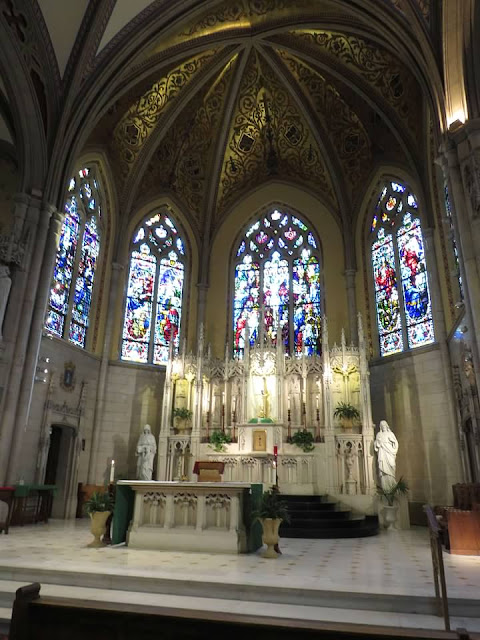 St. Ita is smaller than the other churches I've visited. This neo-gothic church reminds me of England long ago. The smaller size makes it more intimate, while the art and architecture rival any of the most majestic churches in Chicago, or Europe for that matter. 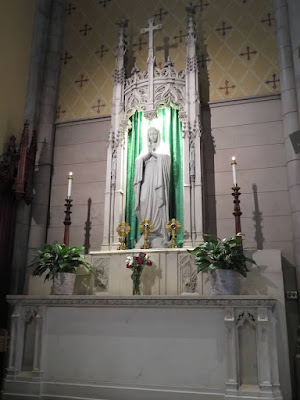 Our Fourth of July was quite but nice. Just right for 2021. 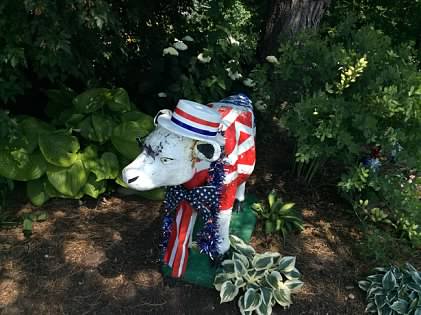 Sunday afternoon my mother and I drove around our town and the one next to us to see the houses competing in the 4th of July decorating contest. A lot fewer people participated in the 2nd year of this event and what's worse few put much effort in. Two of the best houses from last year were ho hum. (I hope these families are faring well.) 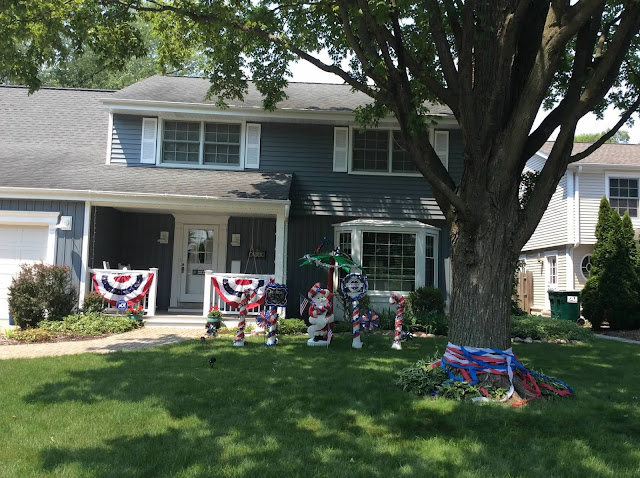 Unfortunately, later in the day I realized my phone was missing. I think it fell out of my pocket when I got out of the car to take some photos. I've posted a notice on Nextdoor's Lost and Found page, but haven't heard anything. Not everyone uses that though. It wasn't an expensive device, but it was fairly new. Later I went to my brother's for a barbecue. My sister-in-law actually hosted two barbecues simultaneously. Inside were the relatives including her brother from New York State's family and outside my nephews pals celebrated his birthday. It was a smart way to entertain with some overlap in the labor expenditure.

Later we watched our town's fireworks from the edge of our neighborhood. One couple brought their dog, who was clearly in pain from the sounds. They just kept scolding the poor dog. My neighbor's daughter took her dog home as soon as it was reacting. I don't understand the other people. 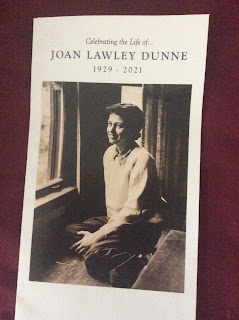 Tuesday I went to my sister-in-law's mother's funeral. Joan lived to be 91 and had 7 children, numerous grandchildren and 4 great-grandchildren. She was kind and smiled a lot. She was the only member of this clan that I would say was quiet. The rest are big extroverts.

I learned about her whirlwind courtship. She dated Jim a few times after she finished college. He moved to Denver for a new job in the oil business. When Jim learned that one of his pals was going to date Joan, he quit his job and put an end to the date. Then he asked Joan out and within 3 weeks they were engaged. A wedding followed before the end of the year. It was a "till death do us part marriage." (Jim died just a few years ago.)

I've seen two intriguing job opportunities. One's at a library where I did an internship and the other's at the Newberry downtown. Fingers crossed.

We have an overabundance of mint growing in our backyard. I like it in iced tea, but how else can it be used? Please post any ideas below. My idea was to make mint jelly. I've never made jelly before, but I found a recipe, bought some jars and pectin and gave it a whirl. My mother likes lamb with mint jelly, but I'm not a lamb fan. I am quite proud of myself for making jelly that actually jelled. It's part science experiment, part cooking.

Popular posts from this blog 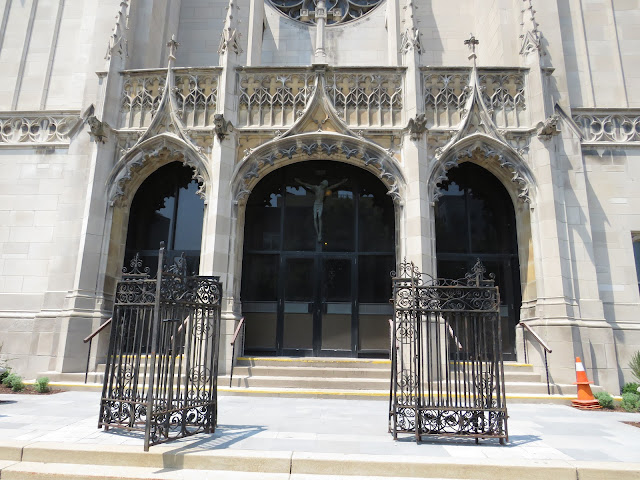 Every Thursday bloggers are challenged to share a photos of doors. If there's a better photo inanimate photo subject, I'm not sure what it is.  Here you see St. Ita's Church, a fine example of neo-gothic style. Famed architect Henry J. Schlack designed the church which was completed in 1928. Clearly these new glass doors are a modern addition, but they work well, I think. To see more wonderful doors, click here .
Read more 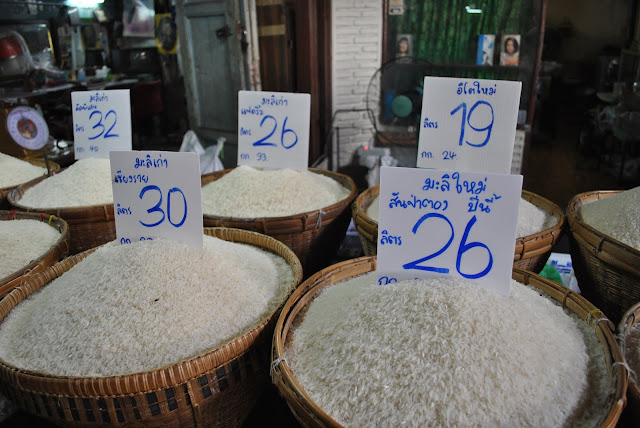 Chiang Mai, Thailand Each week Cee of Cee's Photography challenges bloggers with a fun prompt. This week it's white. I'm sharing photos from Northern Thailand. Above two photos are from Chiang Mai and the rest are from The White Temple in Chiang Rai.  What will you choose to share? Click here to see more fun photos, click here . Chiang Rai's The White Temple
Read more

smkelly8
Make no little plans. They have no power to stir men's (sic) blood.